The Casa de los Muñecos University Museum is located in a beautiful building built in the 18th century, It belonged to Don Agustín de Ovando y Villavicencio, alderman in 1773 and mayor of the city in 1791 and 1792.

This building has one of the most beautiful facades in Puebla, as it has mortar reliefs, balconies with iron railings and several doors and arcades with arches.

What makes it unique are the 16 boards representing characters popularly known as "the dolls". These figures show the bodies of half-naked women and men with the attitude of dancers, and are accompanied by pitchers, animals or instruments.

The Casa de los Muñecos museum has spaces for temporary exhibition galleries, an auditorium and three patios. It has Four thousand pieces make up the collections of paintings, furniture, plasterwork, engravings, photography and watercolors that come from the Colegio del Espíritu Santo, the Academia de Bellas Artes or donations.

Why is it called Casa de los Muñecos?

On its façade there are 16 talavera figures in the shape of dolls, which are precisely the ones that give the house its name.

There has been much speculation about what these 16 dolls really mean, but according to the BUAP's official website, the dolls represent the conejales who opposed the construction of the building, since the owner wanted it to be higher because of government construction, which in that century was unimaginable. The Casa de los Muñecos is a clear example of baroque architecture in the city of Puebla.

This old house dates from the 18th century and was built by the alderman and mayor Agustín de Ovando y Villavicencio, although the owner never lived in the house.

In what year did BUAP acquire the Casa de los Muñecos?

On December 11, 1983, the Casa de los Muñecos was acquired by the Benemérita Universidad Autónoma de Puebla (BUAP) but with the 1999 earthquake the house suffered several damages and was closed until 2006 when it was inaugurated as the BUAP University Museum.

Due to the different uses of the building, it was necessary to remove several walls until the original distribution was practically achieved.

Where is the University Museum Casa de los Muñecos located? 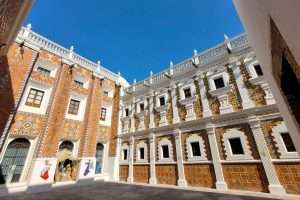 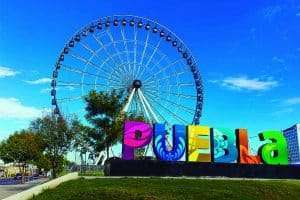